Theirs is not a tryst with the sea. The fishermen who set sail in search of tuna, braving the sea and the storm, have to put their lives on the line. More than a month in the ocean-16 days for sailing and 16 days for fishing. Not everyone can embrace a journey of this length. One may encounter multitude of struggles during the travel. One may not receive proper medical assistance even in critical situations such as a heart attack. But one has to be determined enough to face all those hurdles, for it is a do or die game.

For those 32 brave hearts who decided to go for the risky sail in search of Tuna were aware of all the difficulties they would have to encounter. But they had no other choice as they had their families on the shore depending on them. There were two boats. Many of them were Tamilians and the rest were Keralites. Some of them had earlier made such travels. Some others were new to it. The sole attraction of such a risky sail is the lakhs of rupees they receive at the end. But, unfortunately, the reward in waiting for those who left the shore on February 15 was imprisonment at a distant island. They had to go through a series of hardships before finally got released. They startle even at the memory of those days they spent in the far away prison.

It was on February 15 they began their journey. Kanyakumari native Judi Albert's 'Mermaid', Palluruthi native K S Hussain's 'Al-Ameen', started from Kochi on that morning. It would normally take 7-9 days to reach at Diego Garcia islands. There may be slight variations owing to natural calamities or climate change. To bypass the Srilankan and Maldives military ships patrolling in Arabian sea, they chose to travel round the islands. They never choose the direct sea route even if they can save time. But once they return, each of them can make a profit between Rs.50,000 to Rs.1 lakh.

“I just can't forget the sail this time. It is the prayer of our relatives which saved us from the doom. I can't even imagine a sail like this ever again,” says Immanuel  from Pulluvila in Thiruvananthapuram.

Immanuel has gone to Diego Garcia three times, including the last trip. There is a scarcity of fish in his area and therefore he took up the adventurous trip to Diego Garcia. India's vast cost has already been used up by foreign ships and trawling boats. Most of the days, the fishermen who go to the sea in the early morning hours used to return with no fish. The money they would make after toiling till noon would not be sufficient enough for a day's meal. So they choose to explore far away islands.

Immanuel and his friends learned about Diego Garcia with the help of GPS. 31-year-old Immanuel is the eldest among the four sons of Jerome and Stella. Poverty and responsibilities drew him out of the school to the larger school called sea. His life began shuttling between the sea and home. His smile has lost it's soul, thanks to the burden he has been carrying ever since childhood. Eyes are always red which speak of the pain he swallows. His body language conveys helplessness. Despite all these, the joy of having reached home safe, after a tough battle with fate, is evident on his face.

The young man can never imagine a Diego Garcia trip again in his lifetime. 'If caught again, I will have to spend a three years in jail. Apart from this, a penalty of Rs.30 lakh will be charged,' Immanuel startles each time he thinks about it.

Diego Garcia is a coral island which is the largest in the Chagos archipelago in Indian Ocean. This is under the administration of Britain. The island is famous for Tuna which is seen there in abundance.  What draws the fishermen from Indian costs to Diego Garcia is that if they work there two days, they could make money equal to what they receive after 10 day's work in their waters. It was Portuguese sailors who discovered this island in the beginning of 16th century. It is assumed that the island got it's name from either the captain of the first ship which reached there or any of the former navigators who reached the island. The countries in immediate neighbourhood are Sreelanka and Maldives. Presently, the island houses the military camps of Britain and USA. Nearly 4000 people live here.

The island is situated surrounding the coral reef. Apart from the main island, there are three small islands located at the north of Diego Garcia. The total area of coral reef is 174 km square. Among this, 30 square km is land, 17 square km is the rock pieces and the rest 124 square km is the centre portion of coral reef. This area is enriched with fish varieties such as tuna, shark and prawn. Since the population residing in the island is low, fishing takes place at this part of the ocean very rarely.

Therefor it can aptly be termed a mine of tuna.

The fate which was in waiting

After eight days' sail, they anchored in the ocean and started fishing using gill nets. Two weeks of hard labour nearly filled both the boats. At the time when the celebrations were going on, the British force which was patrolling in the ocean approached them. It was on February 28. The members of the force asked the fishermen to submit their identity cards and the documents of the boat. They inspected the boat to confirm that the fishermen had no intention to encroach the island. They further made it sure that the fishermen had not hid weapons. Later they determined the quantity of fish in the boats.

The boats were around 2,700 km away from India. The military men informed the fishermen that they were taking the boats into custody. They had also informed there were several formalities and the boats would be freed after that. Immanuel remembers that the military personnel had behaved very decently.

It took them two more days to reach the island and there was no room for anxiety in those two days. The military personnel had shifted the fish into other boats prior to the boats reaching the island. This left the fishermen in a  confused state of mind. Later, an official made it clear that the fish worth lakhs of rupees would be returned to the ocean. There was nearly 18 tonne fish in the boats. Their toil of many days went back to the sea again. They were sure that they would have to go back home with empty boats as their resources were scarce. The fuel and food would be finished soon. The ice they had reserved in the boats for keeping the fish had already reached the ocean.

The fishermen were led to a building which looked like an office in the island. Surveillance cameras were set up but they were not functioning. The official who came in the evening fixed the penalty as per tuna's international market price- five crore Indian rupee. Even if all these 32 people worked till death, they would not be able to collect such a huge amount. Language stood blockade for applications. The official said that the report had sent to the court and if there was anything to be added they could inform it to the court.

With this, it was almost clear that there would not be a return and they would have to spend the rest of their lives in prison in the island. They were sure that their families could never afford the huge amount. Apart from Diesel subsidy, nothing much could be expected from the State and Central Governments. Pondering over a possible solution, their sleep had lost. The Judge in the court behaved compassionately. He cut short the penalty to seven and a half lakh rupees after he found that the fishermen had no hidden agenda.

Life in the island

A Malayali officer was appointed for translation. He would listen to what the military official ask the fishermen in English and would translate it to Malayalam for the prisoners. He then would translate what they reply in Malayalam for the official. Through such talks, it was known to the fishermen that the Indian Embassy had learned about the their imprisonment in the island. But they did not come forward with a helping hand. A Christian priest from Kanyakumari, Fr. Dayson, was the only person who sent two mails pleading for the fishermen's release.  It was informed by the foreign priest Fr. Rolly who would visit the prison in alternate days for conducting mass.

Several dailies had reported that the Governments and some politicians were trying to free the prisoners. But they do not believe this news. They got food and clothing all the three weeks they spent in the prison. They were allowed to engage in games like caroms, tennis and chess. Even though hope was back on their faces after the court reduced the fine, seven and a half lakh rupees was also a big amount. Suja, Mermaid boat owner Judy Albert's wife, had sent one third of the amount. The application requesting to waive the rest of the amount was rejected by the British authority. Uncertainty loomed over there once again. The official who had earlier said that they would be released before Easter later changed his mind and informed that the prisoners would be set free only after the festival. Back in Kerala, families along with Fr. Dayson were struggling to find the balance amount.

A total of 22 days were spent in the prison. The rest of the amount was handed over to the British officials through Fr. Dayson. After remitting the whole amount, they were released on March 22.
Their assets including fish nets worth Rs 15 lakh were taken away by the military. In Immanuel's language, they got back the boats which had lost their spirit. They finally returned on February 28.

Today is the last date

Petrol worth Rs. 14 lakh, instruments worth Rs.15 lakh, fish they caught worth lakhs of rupees were lost to the Britishers. To compensate these losses, they have to toil next five years like anything. Among those who returned, two people from Kanyakumari severely injured in a bike accident and are admitted in the hospital. Of the two boats which reached Vizhinjam on February 28, one was taken to Kochi and other to Tamil Nadu. During the sail to Kochi, the Kollam Marine police caught them and charged a fine of Rs. 28, 000. The Tamil Nadu authorities also levied charges. They charged a fine of Rs. 1.5 lakh that had to be paid within 10 days. It was on March 7 they received the order. The dead line ends today. If the fishermen failed to pay the amount their boat would not get released.

It is Easter today and it is the last day for the remittance of the fine imposed by the Tamil Nadu Government. Cinnathura native Deniston says suicide is the only way in front of them if they can not recover the boat. Deniston is the brother-in-law of Judy Albert, owner of Mermaid boat. They have requested the Tamil Nadu Government to lessen the amount but the authority has not given ears to it. 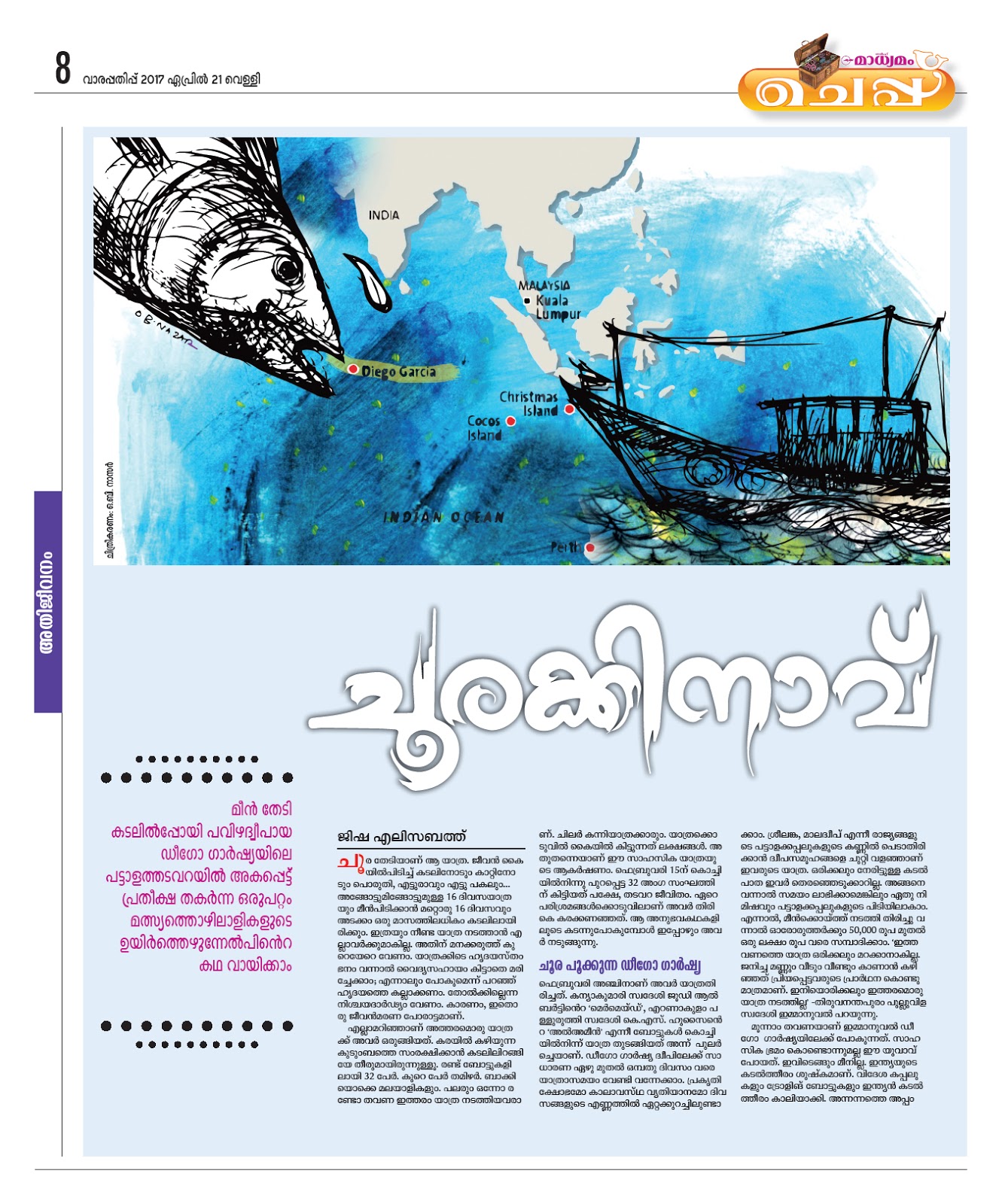 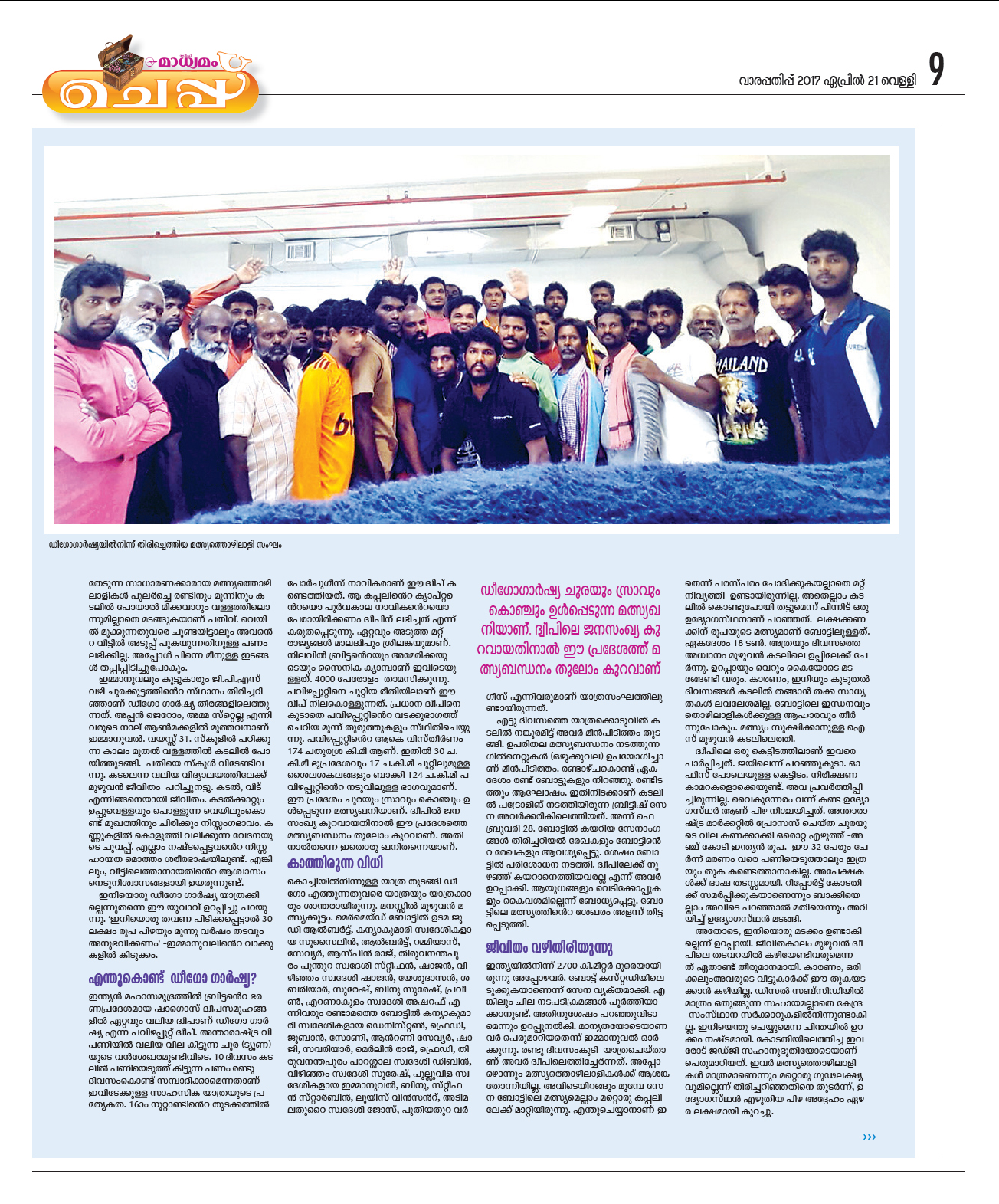 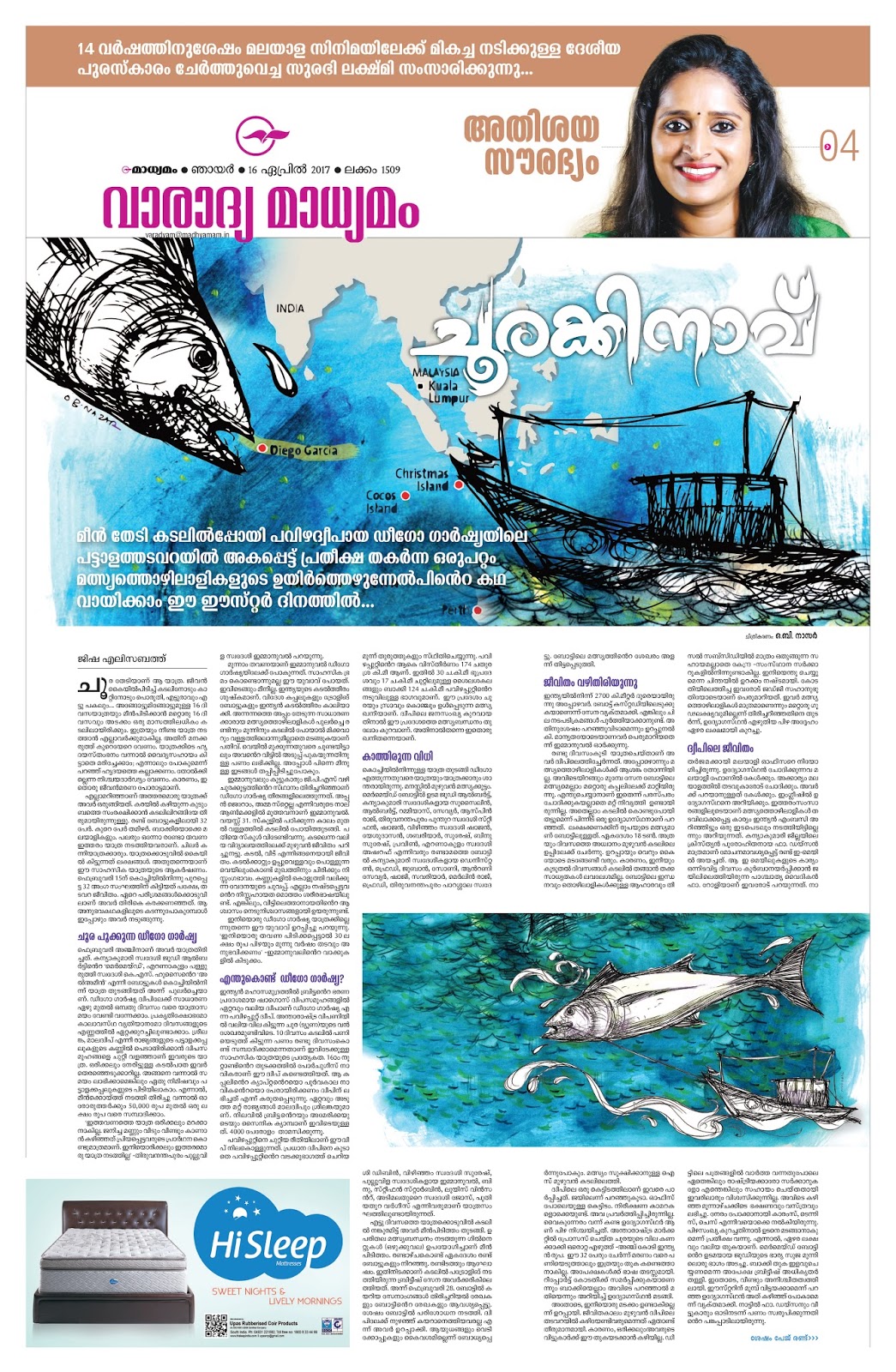